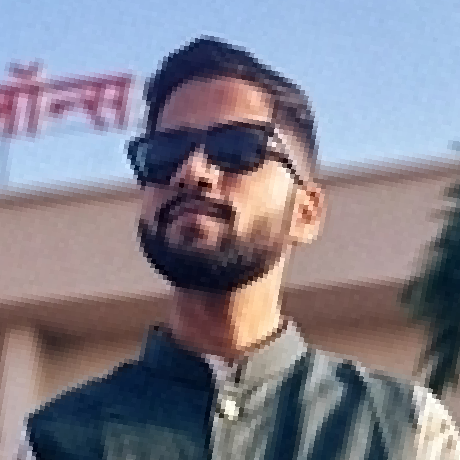 Setting Up infrastructure manually can be a time-consuming and hectic process. That is when we can make use of Infrastructure as Code (IaC) tools to automate the infrastructure. IaC automation can be done for any kind of Infrastructure i.e virtual machine, storage, etc. As more and more infrastructure becomes code, it is essential to have unit and integration tests for your IaC. We will briefly discuss what is IaC and testing your Infrastructure code mean. Then we deep dive into how we can use Terratest for IaC testing.

Let’s begin, shall we?

IaC testing can be divided into multiple stages:

This is the very initial phase of testing your infrastructure code. In static analysis, we ensure that we have the correct syntax for our code. It also helps to ensure that our code is as per the industry standards and follows the best practices. Linters fall into this category. Some examples of sanity testing tools are foodcritic for Chef, hadolint for Docker, tflint for Terraform, etc.

With the help of unit testing, we assess our code without actually provisioning the infrastructure. Examples can be restricting your container to run as a non-root user, or your cloud network security group should only have TCP protocols. Some of the unit testing examples are Conftest for Terraform, Chefspecs for Chef Cookbooks.

Conftest example for executing as a non root user:

In integration testing, we want to test our IaC by actually deploying it into the required environment. For example, you deployed a virtual machine and hosted an Nginx server on port 80 on that machine. So you will check if port 80 is listening after deployment.

Below is the example of doing that with ServerSpec:

In this post, we are exploring integration testing of infrastructure code using Terrratest.

What is Terratest? What can we achieve with it?

Terratest is a Go library developed by Gruntwork that helps you create and automate tests for your Infra as Code written with Terraform, Packer for IaaS providers like Amazon, Google, or for a Kubernetes cluster. It provides you with various functions and patterns for tasks such as:

Terratest executes sanity and functional testing for your Infrastructure code. With Terratest you can easily identify issues in your current infrastructure code and fix the issue as soon as possible. We can also leverage Terratest for compliance testing of your infrastructure, for example, to have versioning and encryption enabled on any new S3 bucket created through your IaC.

Installation of required binaries for Terratest

Terratest mainly requires Terraform and Go for execution. In this blog post, we have used Terraform version 1.0.0 and Go version 1.17.6 for our testing.

Follow the downloads section from Terraform website to install Terraform on your machine, you can use package manager or download the binary and make it available in PATH.

After installation verify if it is installed properly by running the below command:

Go & test dependency installation can be done with the following steps:

You can use your Linux distribution’s package manager to install Go, or follow the installation documentation of Go.

The go test command might require gcc, you can install it using your distribution’s package manager. For example, on CentOS/Amazon Linux 2, you can use yum install -y gcc.

Now we will execute some integration tests using terratest. Once the installation steps are complete, clone the terratest-sample repository to start executing teratests. We’ll start by writing the test using Go and execute it.

We need AWS credentials to set up the infrastructure in AWS, we can configure it using environment variables or shared credentials file. Refer to the Terraform documentation for more details.

Terraform code for infrastructure can be found at the respective folder of the component For ec2, it’s under ec2_instance, and for API gateway, it’s under api_gateway folder. Terratest takes the output from Terraform’s output.tf as input for its tests. Below is the snippet for testing if we have the same ssh key on ec2 instance we have used.

We will divide it into different parts for proper understanding: In the first step we are defining a Go package named as terratest, and then we are importing different packages required for test execution.

Once we have all the prerequisites, we will create a function to execute actual test:

With below section, we are defining directory where terratest should look for Terraform manifests i.e main.tf,output.tf for infrastructure creation.

In Go we use defer method to perform a cleanup task, it should be terraform destroy.

We are defining that using the below snippet:

Now we can move forward to actual execution:

With terraform.InitAndApply we are invoking Terraform functions terraform init and apply which we generally use for Terraform execution:

As mentioned earlier, Terratest looks for output from output.tf for variable definition.

In the below snippet we are taking the ssh key from Terraform output and matching with ssh key name we have defined:

Initialize Go modules, and download the dependencies. Take a look at Setting up your project section of Terratest documentation for more details.

In the previous section, we have performed some basic level of testing using Terratest. Now, we will perform advanced test by deploying a API Gateway with Lambda and ALB as backend.

Note: In our execution we are not using any API_KEY for authentication, but you should utilize it to replicate more realistic use of API Gateway.

In the first scenario we have explained the basic syntax, so will directly go for test function.

In the above snippet, we have defined a function DoGetRequest to run a HTTP GET test. Then we used the output of this function as an input for the TestApiGateway function.

As you can see it has executed our test function TestApiGateway, in which it has performed HTTP GET test on deployment_invoke_url of API Gateway and returned test status.

We can utilize Terratest for compliance testing also. Some of the examples can be:

We have developed a Terratest check for API gateway. In this example, we are verifying if we have Authorizer added for your API gateway. You can find out more on what are authorizers.

We have created our own test function for Authorizer using Terratest and AWS Go SDK methods. More information on how to use AWS Go SDK: aws_go_sdk.

Enterprises and their customers want products to be shipped faster. Infrastructure as Code provides just that with faster provisioning of infrastructure. As more and more infrastructure becomes code, the need for testing increases. In this post, we discussed how a tool like Terratest can help validate your code before you deploy it to production. We showed how Terratest works and even executed test cases to show how it’s done. One of the good things about Terratest is its extensibility that can be achieved by means of using modules as talked about in the post.

That’s all for this post. If you are working with Terratest or plan to use it and need some assistance, feel free to reach out to me via LinkedIn. We’re always excited to hear your thoughts and support!

Looking for help with building your DevOps strategy or want to outsource DevOps to the experts? learn why so many startups & enterprises consider us as one of the best DevOps consulting & services companies. Planning to adopt Terraform? explore our Terraform consulting capabilities.